To all Newspaper Publishers in the FRG

For the Attention of 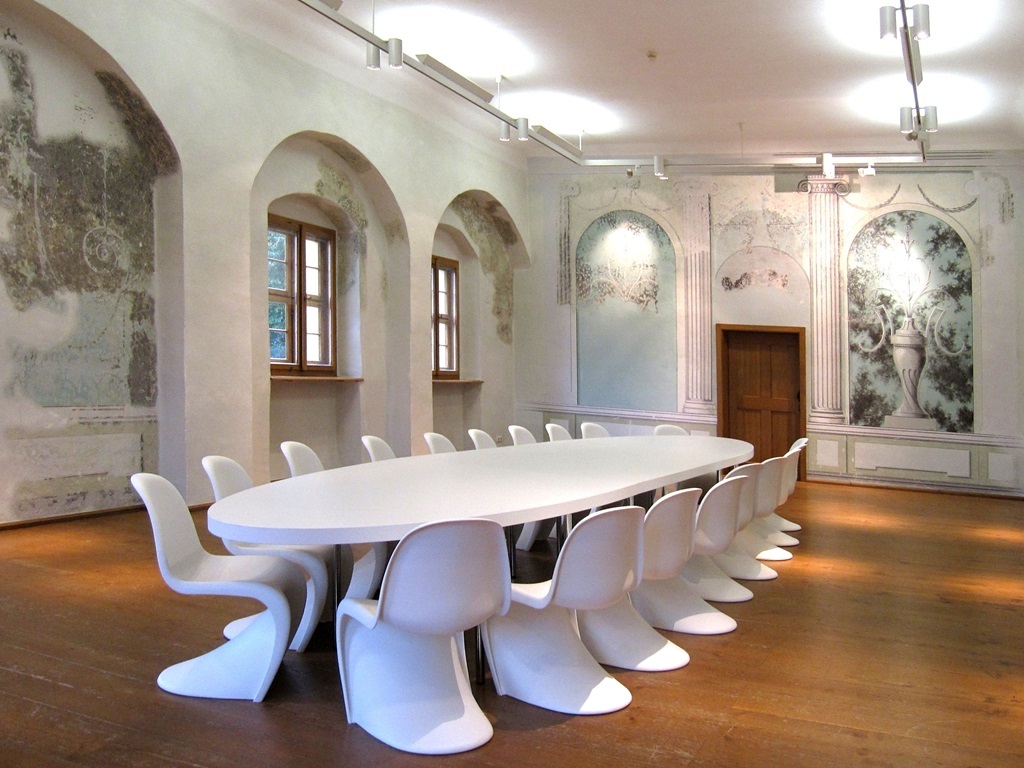 The German-language document you may find here!

Cardinal Marx: Priests should be allowed to marry.

Munich Cardinal Reinhard Marx has spoken out in favor of abolishing compulsory celibacy.

A discussion that needs to be had, the cleric said.

Abstracts from the Internet:

Cardinal Reinhard Marx has spoken out in favor of abolishing compulsory celibacy. For some priests, it would be better if they were married, not for sexual reasons, but because it would be better for their lives and they would not be lonely.

We need to have this discussion.

Marx described the celibate way of life as precarious. Asked if he saw a connection between celibacy and child sexual abuse, Marx replied, "You can't say that across the board".

But this way of life and this male-bonding also attract people who are not suitable, who are sexually immature. And sexuality is part of the human being, it never goes away.

Bartering away Values at the Expense of Truth and Clarity also through the Synodal Way.

How many more precious letters should my person send to you and your clergy?

If you, Cardinal Reinhard Marx have recognized or are of the opinion that many sexually immature people want to enter or have already entered the state of a clergyman, why do you and others then let every willing man more or less unnoticed and unthinkingly get to a theological study place in order to ultimately be able to enter the state of an ordained clergyman?

Is it because of the worldwide shortage of priests and because you have to keep the "business" together?

And what about the particular parish of the so-called immature priest? Can no one from the congregation recognize an immature person, what, by the way, applies equally to the Protestant church congregation?

Can't these Christians tell a mature person from an immature person, and what about the curriculum vitae of a prospective clergyman?

My person can see quite clearly if there is not primarily a childish mind or a morbid inhibition behind a person who could get into a leadership position!

Can you and others not? Can your employees in your ordinariate also not distinguish serious and important information from nonsensical e-mails? Or what is really going on there with you?

And what about the parents, the teaching staff and the professors of the universities of a prospective clergyman and what about the curriculum vitae and the corresponding stages of an evaluation of a clergyman or likewise especially of a doctor to-be?

In this regard, what about a politician, a scientist or an engineer in the making?

Back to the abuse cases, which also mostly concern men in a marital relationship, in which the cause or connections of an abuse at children is to be found out necessary, this should be most possible at the top of mankind by a true clergyman, because there the intersections between heaven and earth are to be found most clearly, whereby not always ostensibly it`s about a libidinous matter, but also a psychic or psychologically disturbance through confusion can take place, what my person could notice by severe psychoses.

That means that there is a reason for the loneliness of a clergyman mentioned by Cardinal Marx, in that a clergyman can feel lonely, quite simply because the LAMB of GOD has left the world and the clergyman cannot perceive his direct mental opposite pole at present any more, simply because it is not present!

Other people are compulsorily similar, as also publicly clearly was made known, what indicates that something can be in the upheaval and also in the construction, by what the norm was left, what will concern all people of the earth equally and not only Christianity!

My person could ask the right and targeted questions in the abuse cases and direct them to the correspondingly right persons to find out more details in the matter; you and others obviously cannot or could not do that!

Thus my person would advise you and others urgently to let competent persons to the appropriate places and to let clear places at the same time, which concerns particularly also the intended place and the competence of my person, which knows the already in writing pointed out way in the matter reasonably well!

Of course my person would wish as a kind of manager or "teacher" that some of her good "pupils or thinkers of the end time" will be finally respectively one day "better" than the "teacher" herself, then the aim of my person would be reached!

Regrettably, however, the associated valuable documents quite obviously do not reach the population and the corresponding circles of people in the desired form and concentrated intensity and therefore the devil keeps the worldwide say and the upper hand!

Now you, Mr. Reinhard Cardinal Marx, want to attack the celibacy in order to get out of the abuse cases, in that the five hundred years long practiced schizophrenia of the Protestant church already coming from a specific spectrum disorder by making possible the administration of sacraments including the holding of the Eucharist celebration, this procedure is now to be made possible and promoted in the own ranks for everyone.

How is this supposed to work at all and in principle when, by completing a theological degree, basically anyone can baptize or marry anyone, for example, not to mention celebrate the Eucharist? How does it?

In short: Do you and your Brethren finally let it be to want to abuse the Body of Christ* by a godless people by regularly and indirectly holding out the host to the devil quite simply and light-heartedly and all your "good little sheep" have become pure and radiantly clean again, or have they not?

No matter whether humans are aborted also in the own business million-fold or humans must starve as a matter of course, you as a financially over-rich church cling completely simply and see yourselves now in the obligation to bend to the ill people!

Should you, Mr. Cardinal Marx and others not be in knowledge of my person, then you are probably surrounded or even encircled by the devil by your environment and coworkers, since my person in the matter and in the commission of the Lord and our all Creator continuously sent valuable documents to all bishops or episcopal ordinariates via e-mail!

Should it be different, in that you are in knowledge of my person, then please remember:

Keep yourself these cheap concessions of a restriction of the celibacy, because cowards and gluttons will still teach my person and if not my person, then life will teach you and all others compulsorily!

Addendum: Perhaps you should also ask yourself the question about the cause and about the number of the immaturity of an adult, which indeed becomes increasingly conspicuous!

As a rule, it is certainly due to a premature confrontation of a child with the sexual life of the adults, in that a child increasingly develops an interest in the sexual life too early by the tireless advertising of the media, which has spread everywhere.

The different media themselves present every day hourly some deviant and questionable sexual garbage, which children or young people must "check out" and even if one would like to entertain oneself with a beautiful or funny game "free of charge" in the Internet, then one pays the price by the involuntary readiness to have to look at the garbage of the advertisement of "broken immature" persons or even to become active in the Internet by a dirty game template, because the game was possibly not so beautiful, as one believed at the beginning, by dirty photos or visual pictures to follow!

That is nevertheless disgusting with such a "run down" sick people without any civil courage!

Also too many burdens of the everyday life and the family life are imposed on the children, in that by a broken family life often the parents separate, which a child must process also first, in that by such imposed life situations unfortunately the untroubled "child being" is lost, which one can notice clearly at many children.

Thus, as an adolescent and adult, the everyday life of the person continues in the usual way, but the process of maturing into an adult is lost, because the person has entered the life of an adult too early without a natural maturing process.

You have nevertheless been able to publicly present good starting points of behaviors of the society; why don't you think these completely to the end and makes cuts as one of the decision makers with the red pencil in the important and correct points?

Because you have to keep the business together?

And why do you do this to the contrary at the completely wrong intersections?

Why do you think?

And why do you want to keep everything open, possibly even the women at the altar, just to be able to stay in the conversation?

Who are you afraid of and what exactly do you really want to protect? In a good sense, the capital?

There are many possibilities for young and old also in our Roman Catholic Church to be actively involved also as a Christian without having to attack the celibate life and thus the "receiver or sender" of a true clergyman.

As a deacon, one can easily enter into a marriage, but certainly not administer sacraments!

But does it really depend on the ability to administer sacraments and the attitude of the Eucharistic celebration, if one can also live and proclaim the Word of God on the way as a deacon?

And also a religious teacher/teacher female, a nurse or a respectable housekeeper are quite decisive professions and qualifications to work for God's people, whereas a religious sister, in turn, works exclusively for God and human and is thus bound to God!

Question: Is it absolutely necessary to want to move in a state, in which one does not really belong to and which also logically provides or must provide for another place after life?

By the way, this also applies to a true clergyman as an offender in the abuse cases, whereby an effective confession of the offender can or must possibly take place only by the pope and afterwards a "banishment" into a distant monastery can be the solution for all, on the one hand for the Lord God or the LAMB of Christ and on the other hand for the enabled repatriation of His "fallen" sons after life, but also for the affected children and young people of the abuse victims, including an appropriate financial reparation at least of the church to the victims!

Come to you sence and others very quickly, before nothing more works and give the scepter into the right hands, in that you, Mr. Reinhard Cardinal Marx belong to the round table of King Juergen, in order to be able to manage the "capital" reasonably and to keep the big business together!